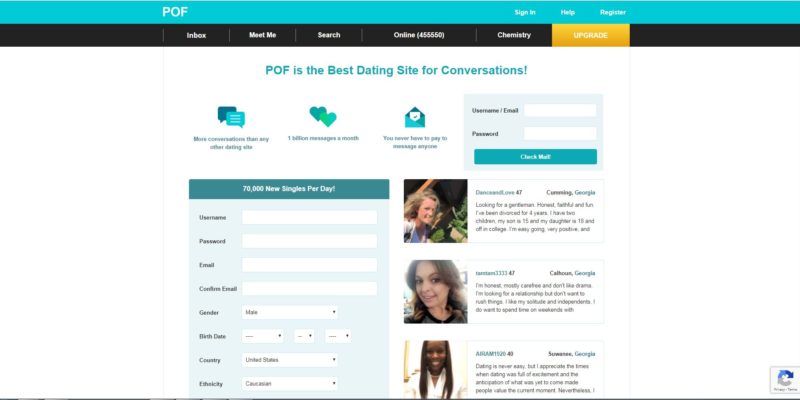 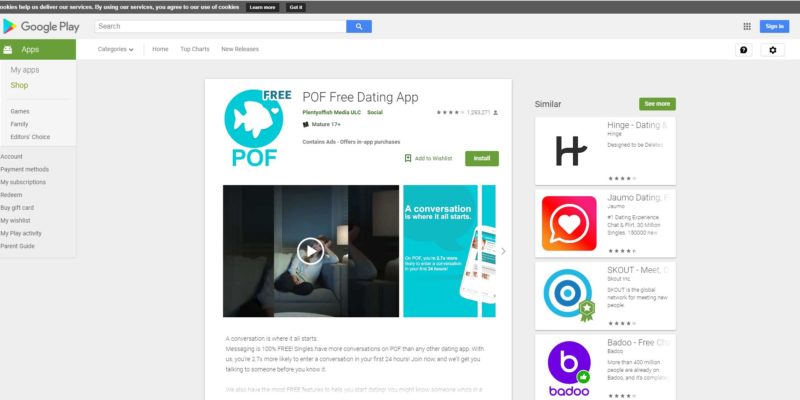 Alternatives To Plenty Of Fish Claimed

Plenty Of Fish is one of the most popular and heavily trafficked dating websites online today. It’s been in operation for many years at this point. And without a doubt has helped countless people locate that special someone. Plenty Of Fish overall served it’s claim of being one of the best dating sites online today. But unfortunately, over the years some aspects of the site have gone straight downhill. But before we cover any negatives that the website may have, we’ll list the positives first.

The positives of Plenty Of Fish include, but are not limited to:

Now that we have covered the positive aspects of Plenty Of Fish, let’s now discuss some of the negatives. And they include:

We only focused on the aspects of the site which are in direct control of its operators. The type of people that you will come across on the site aren’t in the site operators control for the most part though.

Now let’s move on to some good alternatives for Plenty Of Fish. There definitely aren’t many good alternatives at this particular time. But there are a few worth mentioning. And for the purpose of this list, we’ve only focused on other free dating sites. And not on websites that focus on paid memberships primarily.

The first alternative would be OKcupid.com. It’s a well laid out site that performs quite well. It definitely doesn’t receive the same amount of traffic as POF, but it makes up for it with the quality of members that you’ll most likely come across. There are surveys and questionnaires on the site that help to improve your matches. OKCupid also has a mobile app. And it, of course, has the same look and feel as the original site has. Overall OKCupid.com is an excellent alternative to Plenty Of Fish in our opinion.

Next on the list is Badoo.com. It receives a very large amount of daily visitors. And it has a streamlined mobile app. Unfortunately, there are quite a few fake profiles on the site. And it’s geared more toward a focus on member photos rather than the content of member profiles. But it’s still an excellent alternative to Plenty Of Fish.

Next on the list is Tinder. And Tinder is very similar to Badoo with a focus on swiping through a large number of member photos. And very little focus on the other content of the member profiles. The site receives a large amount of traffic daily. And it also has a decent mobile app. In fact, the focus for the site appears to be more on the members utilizing the mobile app rather than the regular website itself. Probably because swiping through the members’ profiles is easier utilizing a smartphone and the Tinder mobile app.

We use cookies to ensure that we give you the best experience possible on our website. Your continued use of the site at this point indicates that you agree with our terms.OkRead more